EGDF supports Frankfurt StoryDrive organised on the 10th of October 2014 during the Frankfurt Book Fair.

home/EGDF supports Frankfurt StoryDrive organised on the 10th of October 2014 during the Frankfurt Book Fair./News 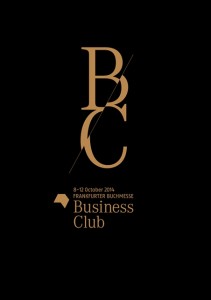 Heroes’ Edition: Frankfurt StoryDrive Celebrates the (New) Heroes in and Behind the Story

The international all-media conference Frankfurt StoryDrive will celebrate its 5th anniversary on Friday, 10 October 2014, during the Frankfurt Book Fair.

Under the motto “Heroes”, Frankfurt StoryDrive will celebrate the heroes in and behind the story. Our heroes are not only the protagonists, but also the writers, developers, producers, publishers, and, of course, the audience. They’re all the people who drive a story. “StoryDrive 2014 brings together creative professionals and managers from a variety of media industries and gives them the opportunity to learn from each other and to inspire each other”, says Britta Friedrich, Director of Events and Programmes at the Frankfurt Book Fair.

As the first conference of its kind, Frankfurt StoryDrive has been bringing together professionals from the games, film, TV and publishing industries on a level playing field since 2010. Since then, 150 speakers have gathered with a total of around 1,500 attendees from 10 countries to redefine the art of storytelling and build crucial momentum for the media business of tomorrow. Since 2012, this successful concept has also been held in Asia in the form of StoryDrive Asia.

Award-winning British author and screenwriter Linda Aronson will be one of the speakers at StoryDrive 2014. She is the grand dame of internationally acclaimed screenplay consultants for movies, TV, radio and various cross-media projects.

StoryDrive 2014 will also bring one of the most radical cyber philosophers to Frankfurt: Alexander Bard, co-author of Netocracy — The New Power Elite and Life After Capitalism. The multitalented Swede had many hits throughout Europe in the 1990s with his band “Army of Lovers”. After the turn of the millennium, Bard became one of the most important Internet philosopers, exploring the philosophical, sociological and economic consequences of the digital revolution.

Also representing Sweden at Frankfurt StoryDrive 2014 will be executive producer Henrik Widman and screenwriter Lars Lindström, creators of the highly acclaimed Scandinavian TV series Real Humans. With this series, Lundström, who also writes the scripts for Wallander, wanted to create a fictional world in which robots that look like humans can be bought, sold or scrapped.

Peter Gornstein, global cinematic director of the German games developer Crytek, will also be speaking at the cross-media conference. Gornstein, who previously worked as a film and advertisement director, was the narrator and creative mind behind the Xbox One action game Ryse: Son of Rome.

For more information about the programme and StoryDrive 2014, please visit http://www.buchmesse.de/en/businessclub/schedule/storydrive/

Some of this year’s StoryDrive speakers are already offering a sneak peek at what they will be talking about at the conference in October. Their short video clips can be found on the Frankfurt Book Fair’s YouTube channel: http://www.youtube.com/playlist?list=PL05NFUqusiqptvW5Ds9CL8sGS3lmkp2jl.